Members of the Socialist Party of America

Got this from a friend. Make of it what you will.

The original I saw on Facebook was much shorter.

If anyone knows of more to add, feel free to let me know.

How Important Is Truthful Voting To You

Otherwise …., well, watch this. And guess how folks in Minnesota might feel about this issue.

(I overheard someone in COSTCO the other day returning a purchase. First thing the attendant said was they would need to see picture ID. How about that.)

Let The Sunshine In On Solyndra Escapade 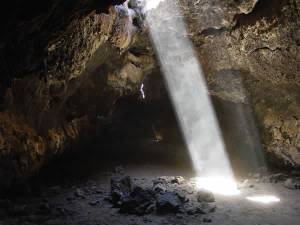 Remember that company? The one that the Obama regime bailed out (even though they would still close down)?

Apparently, the White House knew Solyndra was going to fold but WH told them to hold off until AFTER the mid-term elections.

That’s criminal. How do you like your change now?

Remember in November 2012. And here’s an ad by the Americans For Prosperity to help you remember.

IDs Required But For Voting

There have been prior versions floating around, but I wanted to update the list to see where this goes and if it grows “legs.”

If anyone has extra information to add, please be so kind to let me know. I will be happy to update and re-post it. 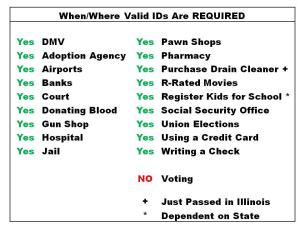 That’s how this Hot Air article portrays him. Nevertheless, this article is an excellent read and blockquotes this tidbit within theirs:

The 1965 Voting Rights Act was created to combat the systematic disenfranchisement of minorities, especially in Southern states with a history of discrimination. But the Justice position is a lead zeppelin, contradicting both the Supreme Court and the Department’s own precedent. In 2005, Justice approved a Georgia law with the same provisions and protections of the one Mr. Holder nixed for South Carolina. In 2008, the Supreme Court ruled 6-3 in Crawford v. Marion County Election Board that an Indiana law requiring photo ID did not present an undue burden on voters.

But betting man? Holder? I’m surprised has hasn’t folded his hand. He really should.

Read the whole article as Hot Air’s Ed Morrissey points out that the photo-id established by Indiana and others are provided to the applicant for free.

Your Signature Means Nothing

A Hot Air article titled – “Mickey Mouse” is free to petition for Scott Walker’s recall – talks of the Wisconsin government board that will accept the signatures of “Mickey Mouse” and even “Adolf Hitler” on petitions for a recall election.

As long as they are properly dated, they say.

What I say is that, if this stands, any and every legal document that requires your signature will then be highly questionable and likely null and void – should you employ a signature other than your name.

This is highly irregular and should be disallowed. Any lawyer care to weigh in?

UPDATEx2: Turning Up The Heat On Holder

At least, it would seem so.
Here’s an open letter to the AG from an ATF Agent. In Mexico.
Wonder if it will make a difference.

Nah. If his boss won’t hold his feet to the fire, there’s only one way to take care of the problem.

Elect someone else as President of the United States and – hopefully – most of BO’s administration gets replaced. Eric Holder first.

Oh, and then there’s this – apparently, Eric doesn’t think a photo ID is needed to vote. You know, we wouldn’t want any unnecessary burdens on anyone that doesn’t have a drivers license, or has to prove their identity when seeking a job, or credit, or cashing a check, or buying liquor. One would think that voting wasn’t as important as, you know, preventing fraud of any kind now is there?

UPDATEx2: From FB. This picture was recently updated to include an additional line item at the bottom of the list.